Reflecta (リフレクタ) is an Autonomic Nerve unit. Her current whereabouts are unknown.

Not much is known about Reflecta's full personality, but she said to be very timid and relies heavily on the defensive functions of her Aegis-Attributer.[1]

Reflecta is the tallest of the three currently known Autonomic Nerves. Much like her sisters, she has long, white hair, except hers is done up in braids, which are held together by yellow ribbons and her headgear, which is golden in color and wraps around the back of her head. She has two hair antennae that stick out with one shorter than the other. Reflecta wears a long, regal looking, emerald green and white long-sleeved dress with blue accents and yellow colored Curse Commandment markings. Reflecta also wears white leggings and a pair of what appear to be black wedge shoes.

Reflecta's whereabouts are currently unknown, though she is most likely dormant.

Much like her sisters, Reflecta most likely possesses the FLS of Binding (隷約のFLS): Restriction (レストリクション), which greatly restricts an In-Birth's movement, limiting their options in combat.

Reflecta possesses various defensive abilities thanks to the abilities of her Aegis-Attributer.[1] Reflecta's Aegis-Atrributer consists of eight cyan wings that curve downwards.

Nothing is known about Reflecta's fighting style, but she is said to be very dependent on the defensive capabilities of her Aegis-Atrributer, 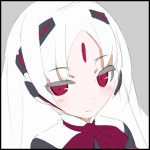 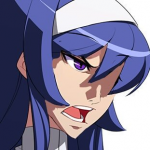 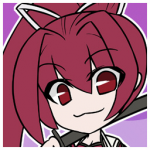