In-Birth Front is the official ranking site of UNDER NIGHT IN-BIRTH.

Originally In-Birth Front counted only player's battle rankings and the score rankings from the Arcade Mode, but after the update to Exe:Late the site got all kinds of upgrades.

Members of the In-Birth Front can create a player card. Here's a tutorial what you can see from the card:

1. Player's avatar
2. Player's title
3. Player's name
4. Total number of battles, number of victories and the win ratio.
5. Amount of RIP and the Rank
6. Name of the Sphere player belongs to

By playing the game using Aime card, you gain "In-Birth Points" (IP) which can be used on the In-Birth Front to buy various things to customize your profile. One game (100 yen) earns you 100 In-Birth Points, but the amount can be increased by doing certain things, like playing the Score Attack Mode.

Color palettes from 11-30 have to be bought. Buying a palette unlocks that palette only to that character, so to get them all you need to buy 20 palettes for 18 characters.

80 IP for each word. You can buy words to create an awesome title for yourself.

Spheres are teams you can establish. Establishment costs 500 IP. If you want increase the amount of people who can belong to your Sphere, it costs more points.

Together with Lady Hilda 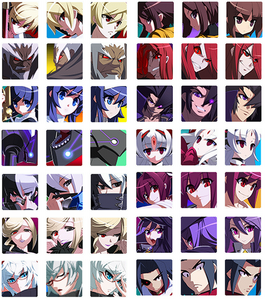 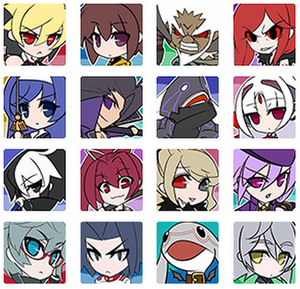 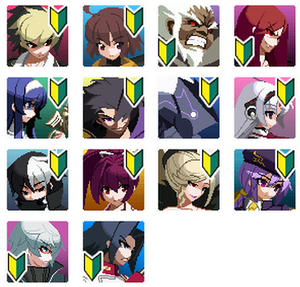 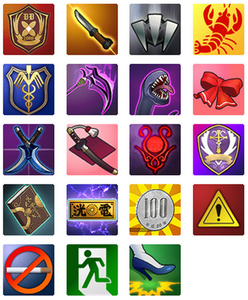