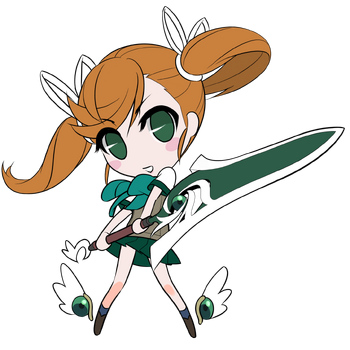 
Nanase is a solid offensive character with many approaches to offense, which rewards her with solid frame advantage on several of her attacks. This provides her with a decent lockdown game from anywhere tying into a decent mix-up game with her highs and lows.

Also adding to her pressure and frame advantage power is her Force Function, which gives her a notable amount of aerial mobility and jump cancel options. Overall, her offense is quite strong and overwhelming.

However, her weaknesses lie in foregoing a decent neutral game due to her somewhat small normals as well as some very unsafe mix-up options on block and/or whiff which leave her relying on some resources to make them safe. She's often considered to be high-risk and high-reward in that aspect, often needing to have proper management when she's outside of her comfort zone of pressuring her opponent(s).