French-Bread Information Station (ふらぱん情報局) is a series of the official Twitch broadcasts hosted from the French-Bread office.

The broadcasts are hosted by the battle planner, Serizawa Kamone. The episodes feature breakdown of the UNI lore as well as tournaments hosted by the French-Bread staff. 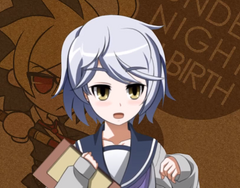