The UNDER NIGHT IN-BIRTH Exe:Late[st]: End of Dawn Edition is a collector's edition release of Exe:Late[st] which was exclusively sold on the European online store "Rice Digital".

Below we have listed the content of this particular limited edition with simple explanations.

Pretty much identical to the Japanese version of "Force of Fragment", except this one doesn't have the song lyrics printed on the inner side of the cover art.

A set of pins featuring SD versions of the playable characters. This set is a different set to what Arc System Works sold during Tokyo Game Show 2017.

A box featuring key art for the arcade version of UNDER NIGHT IN-BIRTH Exe:Late [st]. This box is only used to store the collector's items, the game itself doesn't fit into the box. 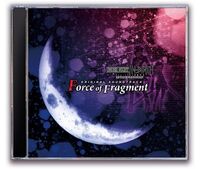 Retrieved from "https://in-birth.fandom.com/wiki/End_of_Dawn_Edition?oldid=12193"
Community content is available under CC-BY-SA unless otherwise noted.